Ask a question about this product

The major features of the Z-8N GTX C are the stability and support it provides in every situation. For this reason, the robust mission footwear is constructed of an upper material that is made of espe­cially top-quality and tough suede leather. The model’s mid-cut upper provides optimal stability and support to the vulnerable ankle area. To ease the stress placed on ligaments, muscles and joints during extended missions, the durable poly­urethane material of the sole has a range of hardness levels, a feature that creates excep­tional cush­ioning and stability.
The Z-8N GTX C is much more than a stable, supportive boot. It is also a highly func­tional light­weight footwear. It is perfectly designed for missions carried out on chal­lenging terrain and performs excep­tionally well on marches done with moderately heavy rucksacks. The footwear gets the support it needs from the complex design of the LOWA® Tactical Z Trac® sole. The multi­faceted qualities of the mission-optimised rubber mixture and the profile of the sole design are enhanced by its heat- and cold-insu­lating qualities. The sole is also resistant to oil, petrol and contact heat. The moisture-diverting GORE-TEX membrane stitched into the footwear also provides continuous and reliable protection from outside dampness – even during sweat-generating activities.
Anti­static, light and highly func­tional: The Z-8N GTX C is a trust­worthy partner who can meet any challenge that everyday use throws at it. 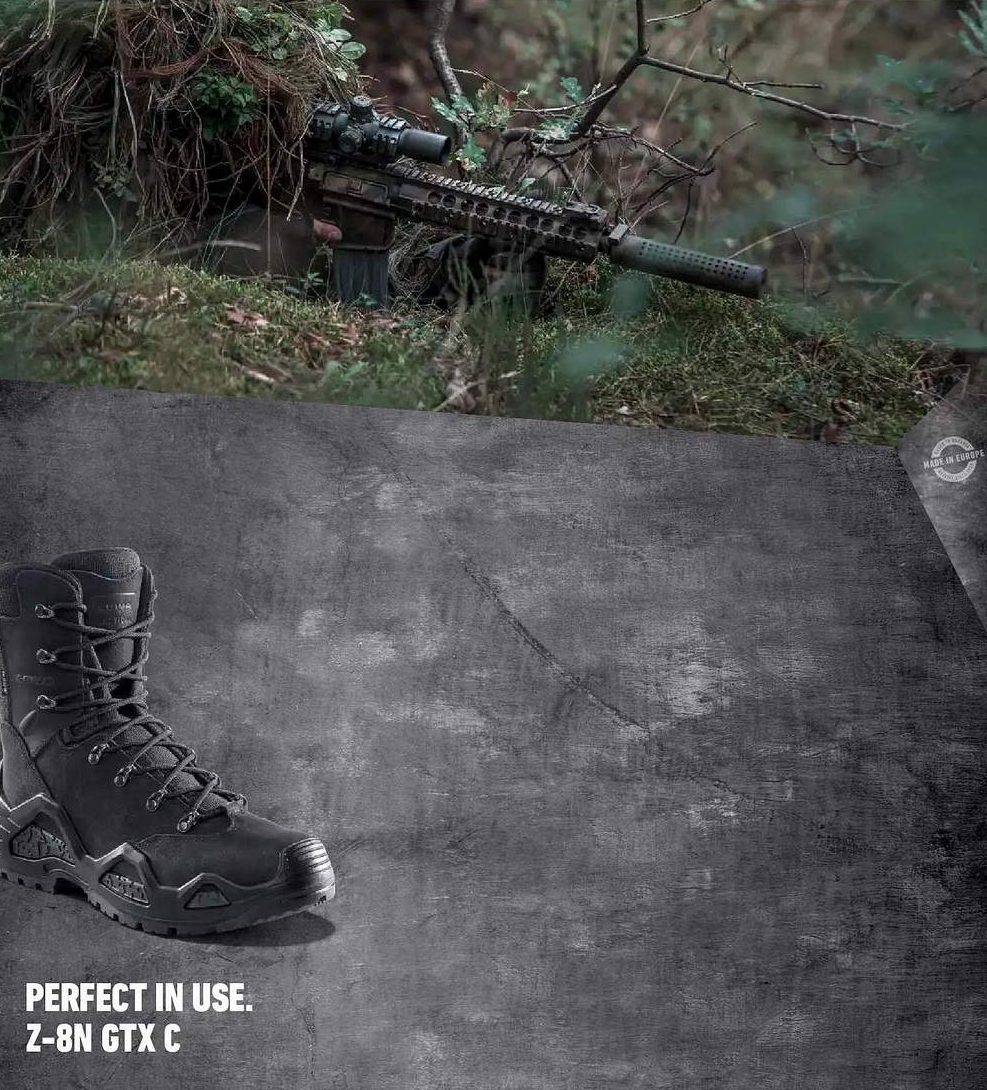 LOWA is one manufacturer that has boots designed specifically for LE and military customers, with their separate line for their military/LE customer base. Lowa’s boots have been thoroughly tested by U.S., German, Swiss, British and Spanish military and security forces.
Lowa is known worldwide for their high quality outdoor footwear, and their Task Force Collection focuses on the military, tactical, LE and other professional organizations that require ankle and underfoot security and support in grueling conditions. Lowa boots are 100% designed, sourced and handcrafted in Europe and Lowa is the only outdoor footwear manufacturer in the world to be granted ISO 9001 status for quality and process standards.